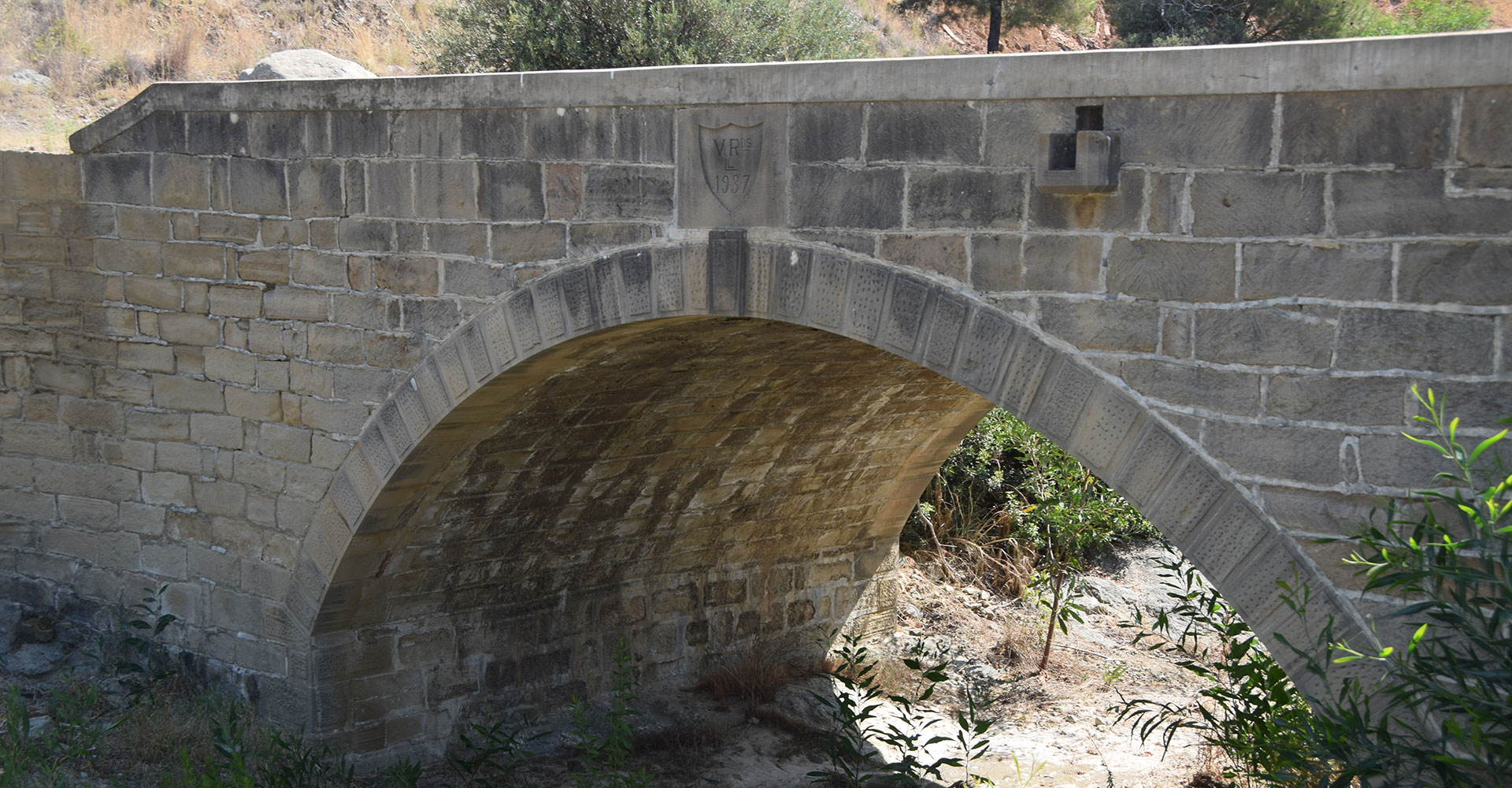 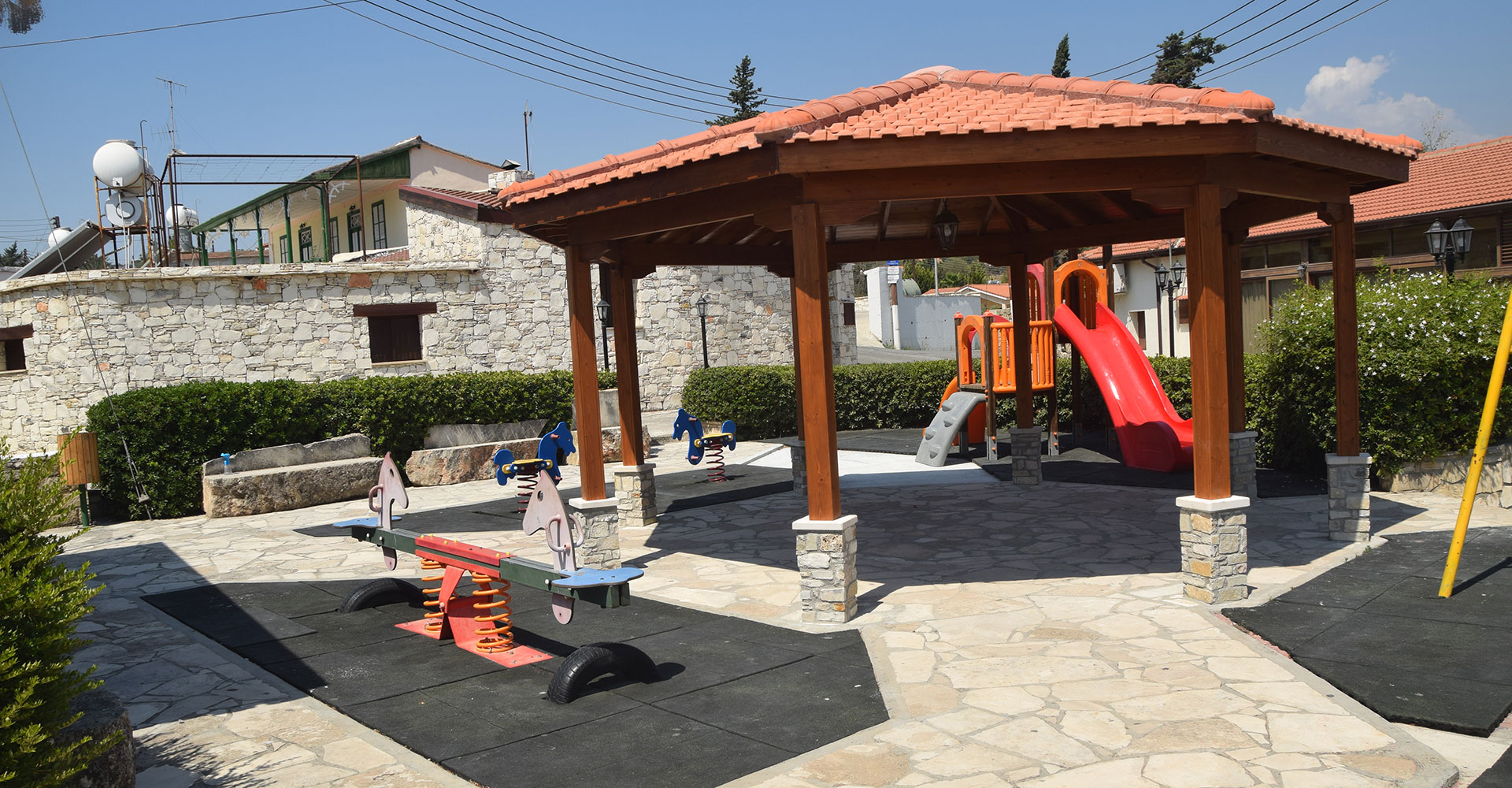 Church of Apostles Peter and Paul

The largest church of the village is dedicated to Apostles Peter and Paul and is located somewhere in the centre of the village. Its construction began in 1865 and ended in 1876. It is a stony single-roomed church covered by simplified groined vaults which are supported by two harnesses. As far as its architectural type, it was built based on the usual type which dominated in Cyprus during the end of the 19th and the beginning of the 20th century. The church’s internal area is adorned by works of Sophocles Leptourgos, including the wooden iconostasis, the bishop’s throne and the ambo, the making of which began in 1881 and completed in 1910. Several interior renovation works and floor replacement took place in the past, while beautiful new hagiographies were added in 2018. Externally, the church is adorned by beautiful classical carvings and a dominating bell tower with three arches, the construction of which began in 1892 and was completed in 1900.

Above the western entrance of the church stands an inscription reading that the church was completed in 1876 during the commissioning of Panagis Nicola and that the plot where the church stands had been donated by a woman called Hadjichristinou Hadjilouka. Above the southern entrance there is an inscription reading that the church’s foundations were laid in 1865 during the commissioning of Constantinos Hadjipyrros, whose face appears on a relief above the inscription. Written inside the church, above the Holy Prothesis is the name of Spyros Hadjivoskos, who was both a commissioner and main financial contributor. According to tradition, during the Turkish occupation Hadjivoskos managed to get some money from a Turkish tax collector who had forced him to lead him to Vikla. On the way the tax collector drowned in the river and Hadjivoskos found a treasure inside the horse’s sack. Hadjivoskos then took the money and sponsored the construction of the church.

Church of the Twelve Apostles

It is the oldest of the existing churches and it is built in the east of the village, on a steep slope of the Asgata river. An inscription found on the southern entrance reads that the church was built in 1834 by a constructor called Demetris and a commissioner called Christodoulis. The church is of no particular interest regarding its architectural type and internal decoration. After the construction of the large church and since the British occupation, the church yard has become the community’s cemetery.

Senior residents of the village remember that further down from the church, on the river bed, there used to be holy water and that the surrounding oleanders and myrtles were decorated with handkerchiefs and baby clothes which the loyal dedicated according to the customs of that time.

East of the village stands the church of Agia Marina. Where the church stands today there used to be a small chapel of no ancient or architectural value. It was built in 1937 above the ruins of an older church where there used to be a large clay pot with the icon of Agia Marina. This chapel’s construction was an initiative of the Book Club and the Theatre Club at the time.

In 1952 it was expanded by adding a chancel, pews and a candle bench and the church remained in this state until 1992. In 1993 it was demolished so that the existing beautiful single-roomed Basilica would be built using a donation by our fellow villagers, Michalis and Vania Vasileiades.

It was built in 2004 in the courtyard of the church of Apostles Peter and Paul by volunteer constructors and residents of the village.

The chapel is used for confessions, while a mass is held there during weekdays, when there are not so many people attending church.